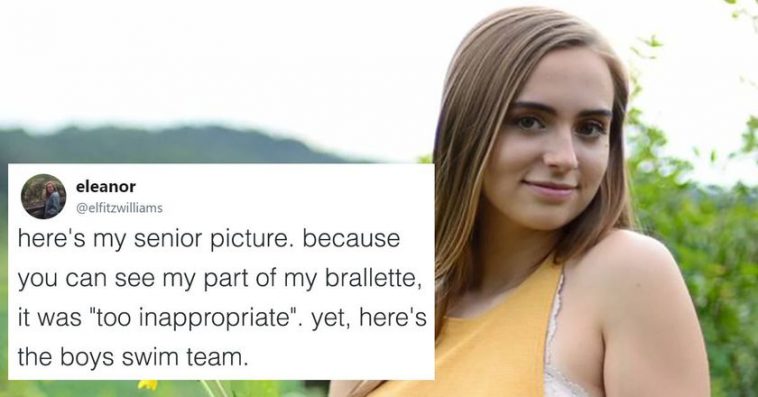 Schools have some pretty archaic rules when it comes to what is and isn’t appropriate for yearbook photos. And most of the time, those rules only seem to apply to women. And Twitter user Eleanor Williams recently took to Twitter to share the senior photo that her school rejected, allegedly all because you can see part of her bralette.

She also shared the boy’s swim team’s senior photo. Can you spot the hypocrisy?

here's my senior picture. because you can see my part of my brallette, it was "too inappropriate". yet, here's the boys swim team picture. pic.twitter.com/hGg2G3ubO6

Williams clarified that she had no issue with the boy’s photo, but with the school’s decision.

Submit a new one in a speedo

Blurp blubblubgurgle blub Blurp.
(Translation: But a bralet is a top, a covering like any top.. That naked knee though, oh my cod! Risqué)

Some People had similar problems

I wasn't allowed to take my senior wrestling picture in my singlet like my teammates because I'm a girl 🤷🏼‍♀️stupid af. pic.twitter.com/lw0G6jeyYB 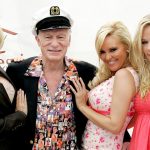 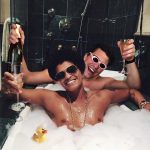