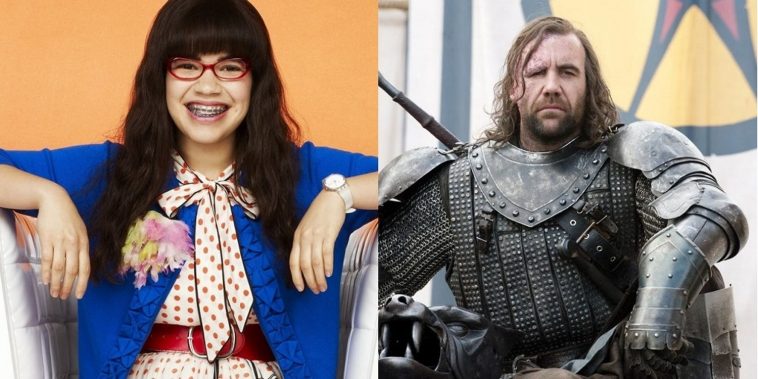 It’s unlikely that any actor got into the business because he/she had a yearning desire to portray the ugliest character on a TV show. After all, it’s normally the good-looking ones who seem to get the awards and fans, since we live in a world where beautiful somehow means that someone is superior to everyone else.

The mark of true acting talent, though, is being able to do magic with whatever is thrown an actor’s way. In most instances, this could involve a role that doesn’t show off their prettiest or most flattering side.

Whether it be through the use of prosthetics, a change of hairstyle, or facial contortion, the challenge is to make people believe they’re really that butt-ugly.

The best parts require some chameleon work – just ask Daniel Day-Lewis – and these are the ones that live long in the memory of fans after the production has wrapped and the program has aired.

If you look at a picture of a celebrity on the web or in a magazine and can’t believe that’s what they look like in real life, then it’s mission accomplished for them.

Proving beauty is in the eye of the beholder, here are the Ugly TV Characters Who Look Shockingly Better In Real Life. 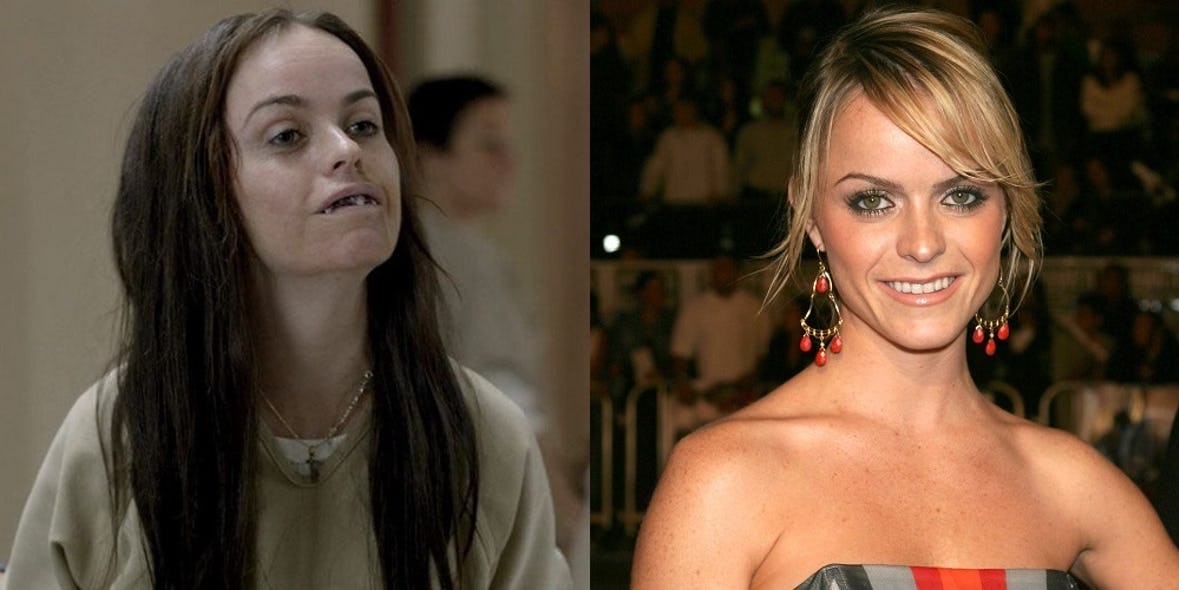 When you talk about beautiful smiles, Orange is the New Black‘s Pennsatucky should never, ever, be mentioned in the same breath. Missing as many teeth as she was marbles, she epitomized what the dangers of meth abuse can do to you in the long run.

Ultimately, Pennsatucky did receive a new set of teeth after Piper knocked her rotting ones out, but her original grin provided more nightmares than the last four Nightmare on Elm Street films combined. Yes, they were that frightening.

Petite actress Taryn Manning took on the challenge of portraying this wacky broad and did so with great aplomb.

Not only were her acting chops remarkable, but she also embraced the physical ugliness of her character. Considering what she looks like on a normal day, this must’ve been a massive undertaking for her. 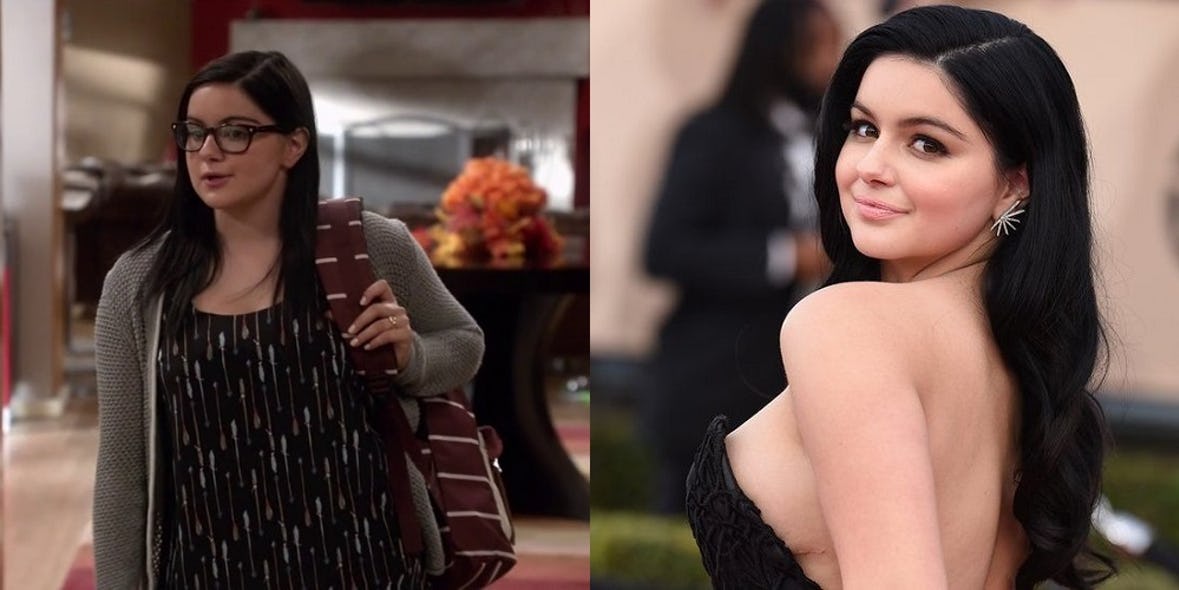 On Modern Family, poor Alex Dunphy plays second fiddle to her sister Haley. She’s undoubtedly the brains amongst her siblings, but she doesn’t get the attention that she so desperately craves.

When she’s not in the role of Alex, though, actress Ariel Winter has become one of the “it” girls of Hollywood. Looking more like a Kardashian than a member of Mensa, she’s becoming a style icon and paparazzi favorite – a far cry from Alex’s frumpy appearance on the show.

Now 19 years old and coming into her own, Winter is starting to break free from the shackles of her stereotyped role and making a significant dent in the film and TV world. Originally from an acting family, she is quickly establishing herself as a star in her own right. 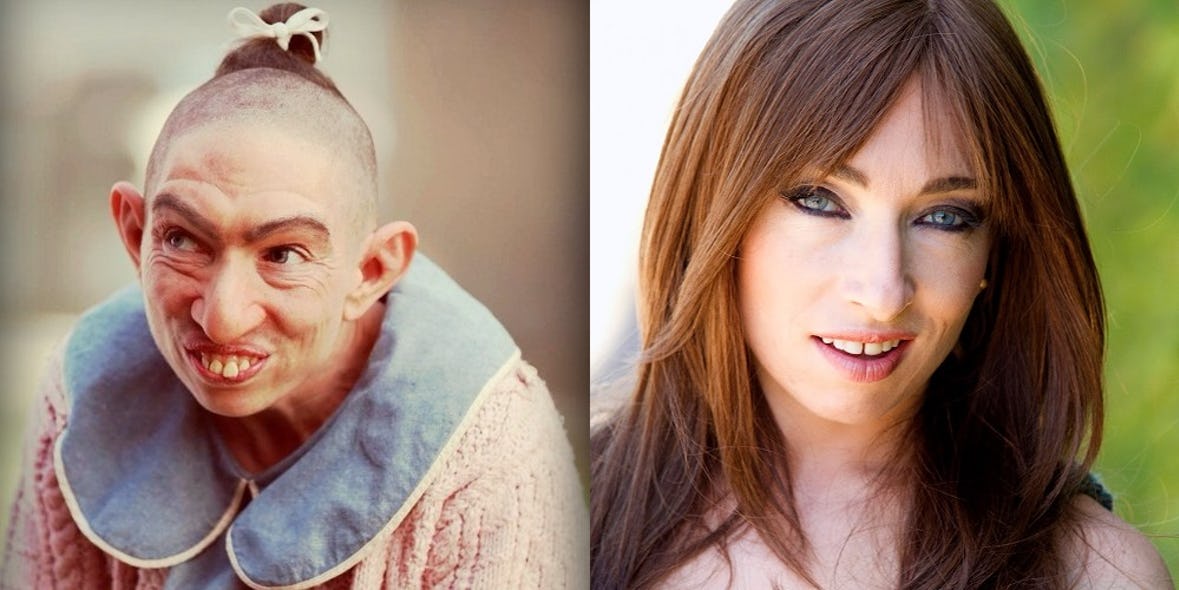 In season two of American Horror Story, we were introduced to the eccentric Pepper, an inmate at Briarcliff who suffered from the medical condition of microcephaly, whereby the brain doesn’t develop properly. In other words, she had a really small head.

While the character’s initial appearance shocked a fair number of viewers, it was a clear case of looks being deceiving, since Pepper turned out to be one of the nicest characters in AHS. So much so that she was brought back for the fourth season.

Outside of this role, actress Naomi Grossman looks nothing at all like the gremlin-esque Pepper. With a full head of hair and without the creepy prosthetics, Grossman wouldn’t appear out of place at any social setting.

At least the role resulted in her ego being stroked, though, as she commented, “I’ve never been told I was pretty until I played the ugliest person on TV.” 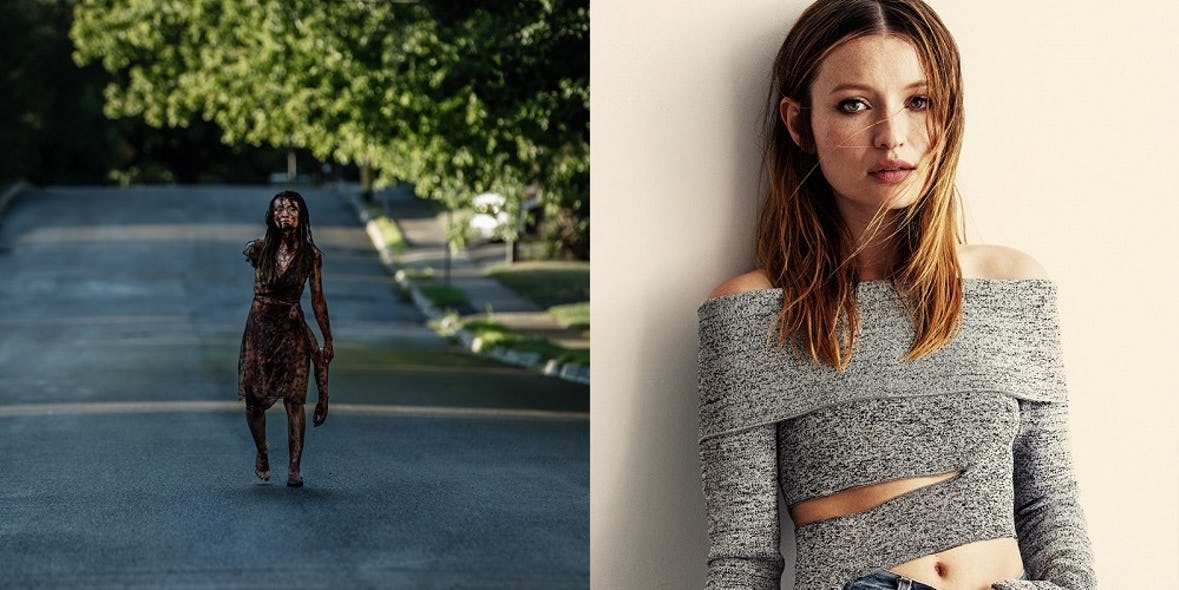 Initially, we’re introduced to her in her regular human form – through the use of flashbacks – but it isn’t long before she becomes a decomposing, armless corpse, with a ghastly need to expel the embalming fluid from her bowels.

Browning took her part extremely seriously and even tied her arm behind her back so that she could add further authenticity to the role. Additionally, a blue screen sleeve assisted the crew to separate her arm, remove it, and/or rebuild it with some CGI magic if need be.

However, back to her festering zombie appearance: it’s more than enough to make you lose your stomach’s contents. She’s so nasty to look at that she makes the walkers on The Walking Dead seem like Miss Universe winners in comparison. 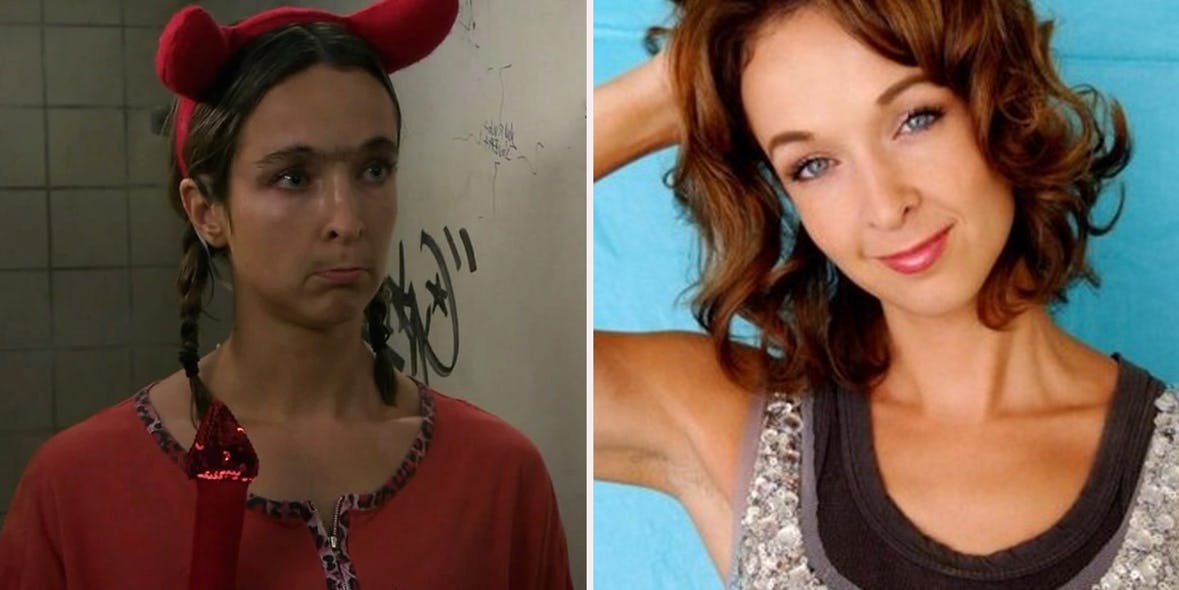 Who could ever forget Margaret McPoyle in It’s Always Sunny in Philadelphia?! From her overpowering unibrow to the constant reminders of her incestuous relationship with her brothers, she was unforgettable for all the wrong reasons. Except for maybe Mac, who has incredibly low standards and didn’t hesitate to get jiggy with her.

In the real world, however, Thesy Surface is drop-dead gorgeous – it’s like night and day when you compare the character and the Chicago-born actress. Seriously, she could’ve been a runway or swimsuit model if she’d chosen to be.

If all it takes to complete such a transformation is a pair of tweezers and a shower, then we need to question why every fashion magazine has been feeding us all this wrong info for years now. 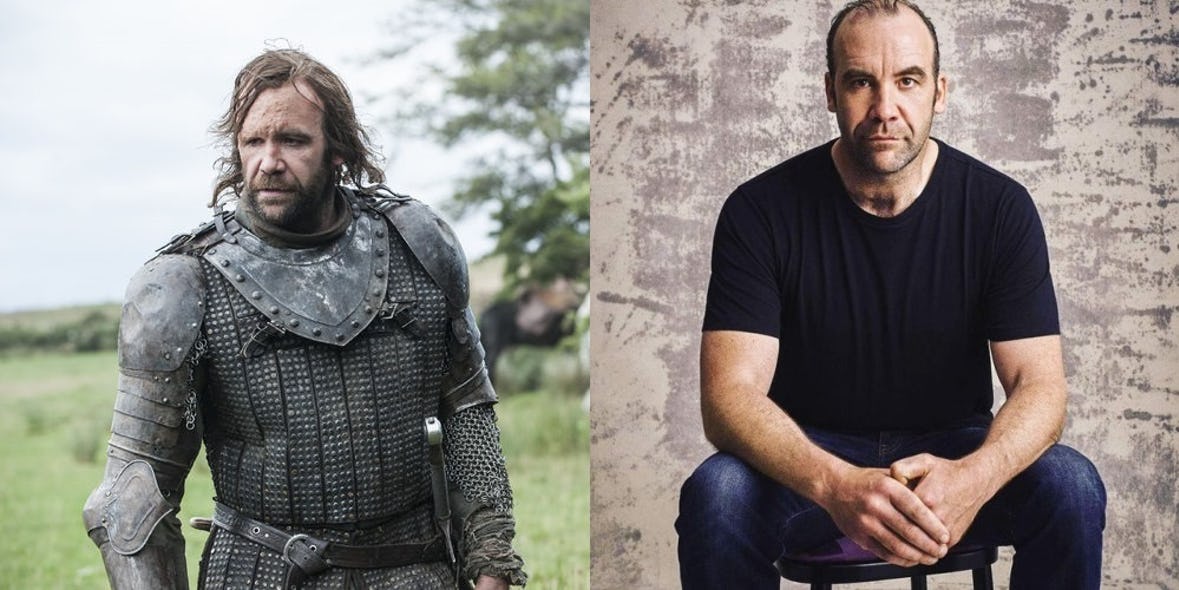 Not only does Game of Thrones’ Sandor Clegane, aka the Hound, possess a face that only a mother could love, but he also has a mouth that requires a full bar of soap and detergent. Between him and Olenna Tyrell, they’ve got filthy tongues that’ll make your ears bleed.

To his credit, he doesn’t let his burnt face bother him too much and he’s actually one of the most self-confident characters on the show. Mind you, he had to serve as Joffrey Baratheon’s bodyguard, so that’s definitely a character-building experience right there.

Fortunately for Scottish actor Rory McCann, he doesn’t have the Hound’s scarring – nor did he ever need to work for a sadistic, little inbred king. Instead, he appears as normal as any uncle of yours. 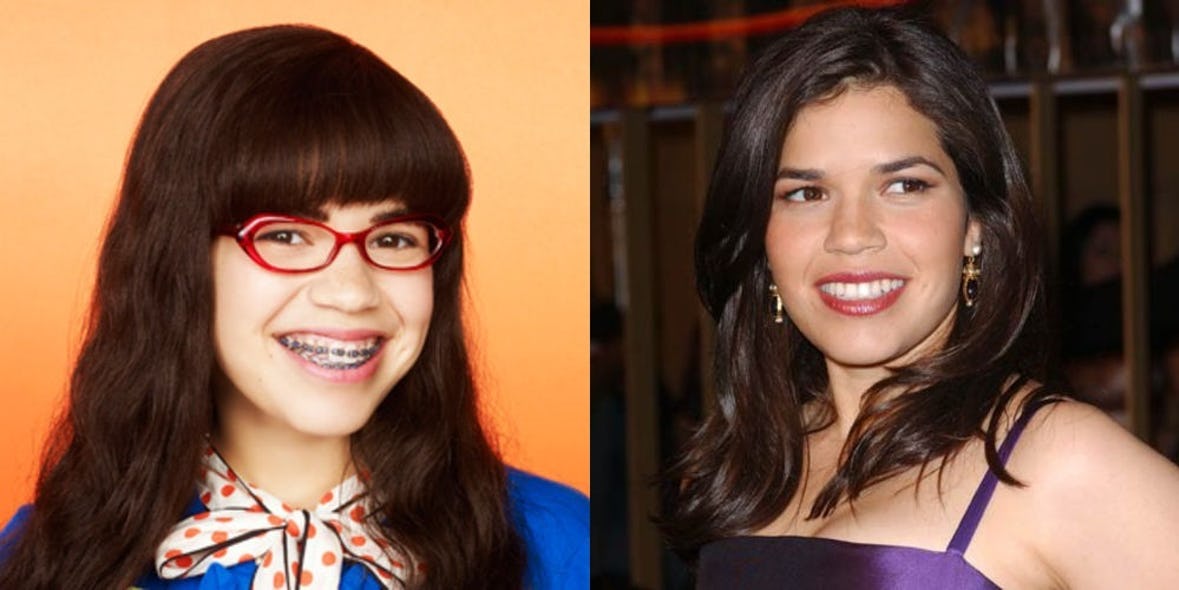 The reason for Ugly Betty’s massive success is because it highlighted the importance of finding inner beauty rather than focusing on the external appearance.

It was a powerful coming-of-age story of aspiring writer Betty Suarez, as she found out who she really was and shook off the insecurities to become Beautiful Betty – both inside and out.

In many ways, this show resembled a live-action version of The Ugly Duckling fairytale, with actress America Ferrera becoming a “swan” by the end of the series. Yet, Ferrera never needed a makeover, since she hid her true self rather well under the braces, glasses, ’80s hairstyle, and questionable clothing.

Ultimately, Ferrera’s performance as Betty was so convincing that she secured a lead actress Emmy – a groundbreaking first for a Latina. 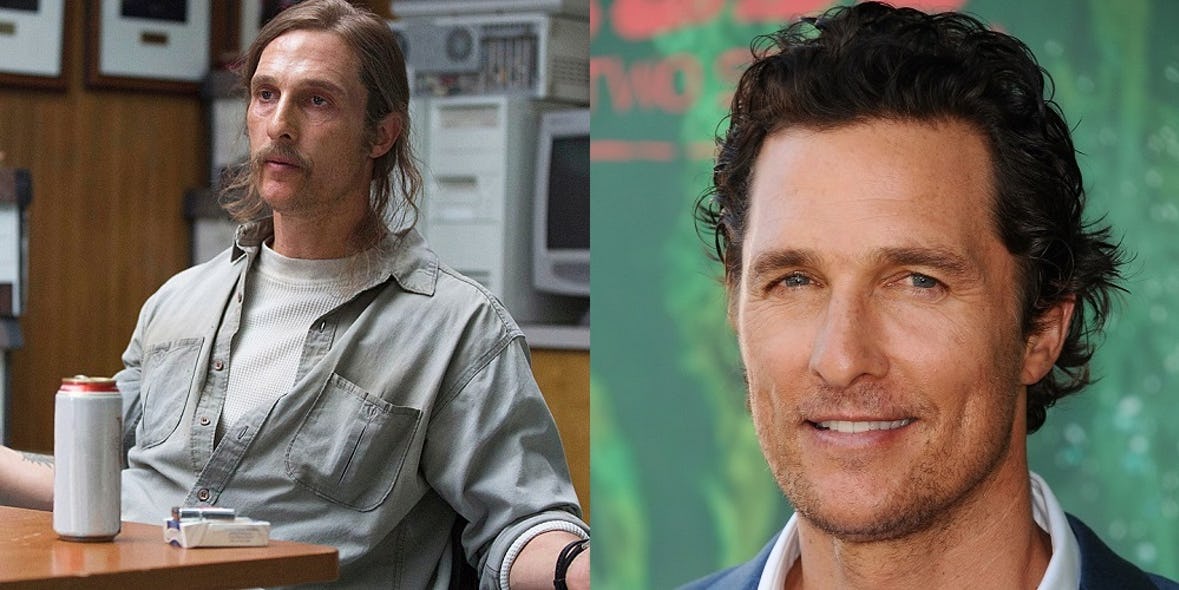 Often cited as one of the sexiest men alive, Academy Award-winning actor Matthew McConaughey is no stranger to altering his physical appearance for a role.

However, his transformation into the scraggly and unrefined Detective Rust Cohle in season one of True Detective caught us all completely off guard.

Looking like he was allergic to a water and razors, you could practically smell the stench off him. Of course he portrayed the character across different time periods, but it was the weedy 2012 version of Cohle that really made us sit up and ask, “Is that really Matthew McConaughey?”

Much like Gary Oldman, McConaughey is fast becoming an actor renowned for disappearing into his roles. Pretty soon, we won’t even know where his characters begin and he ends. 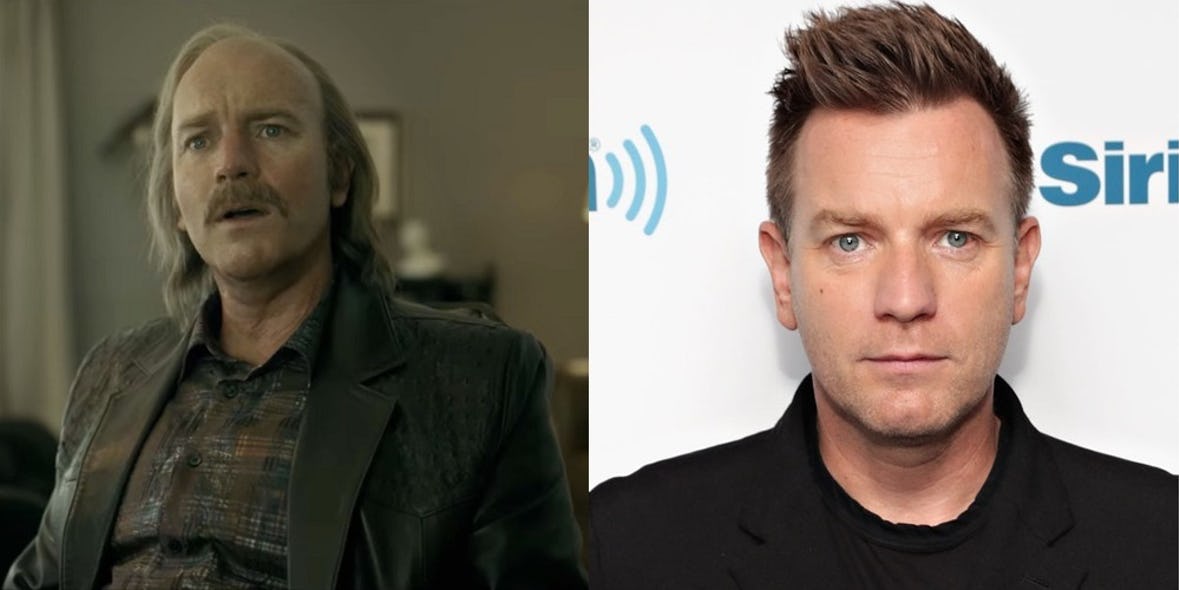 The scariest thing is that it was almost impossible to recognize Ewan McGregor in season three of Fargo. If he hadn’t been revealed as the person behind the dual roles of Emmit and Ray Stussy, no one would’ve ever guessed it was him – that’s how well he’s disguised on the show.

Though, the fact that he pulled this off shouldn’t come as a surprise for anyone. In case you’d forgotten, McGregor has played everything from a relapsing junkie to a Jedi master, so this was probably just another Tuesday for him.

Obviously discontent with dominating the cinematic world, McGregor had to make the foray into TV and show us that he’s superior in this medium as well. Mind you, there was never any chance that he was going to do a simple, straightforward role in Fargo, was there? 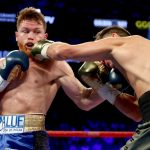 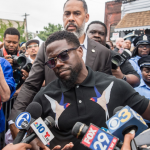