8. She crapped in her sleep

Not me but a friend who also drives in my city. He picked up a wasted girl on her bachelorette party at 8 pm on a Saturday night. She was going only four blocks, but was so out of it that she passed out the second she sat down.

He pulls off and about 30 seconds later, and she craps in her sleep. She’s wearing very short shorts so it just falls out from both sides.

Her being passed out, he drives her to her hotel with windows down, trying not to vomit.

When he gets there, she kind of wakes up, and in the process of getting out manages to smear poop on his back seat, on the back of the front seat, on the inside roof, on the outside roof and on the door.

She says sorry, throws him $20, and disappears.

Uber gives him $250 to clean his car and charged it to the client. The next day, he gets an email from Uber saying she called them, all angry, and asked why she had to pay a spoilage charge when she already gave him $20 to get the car cleaned. 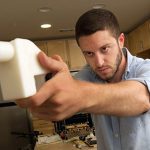 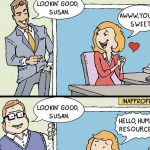