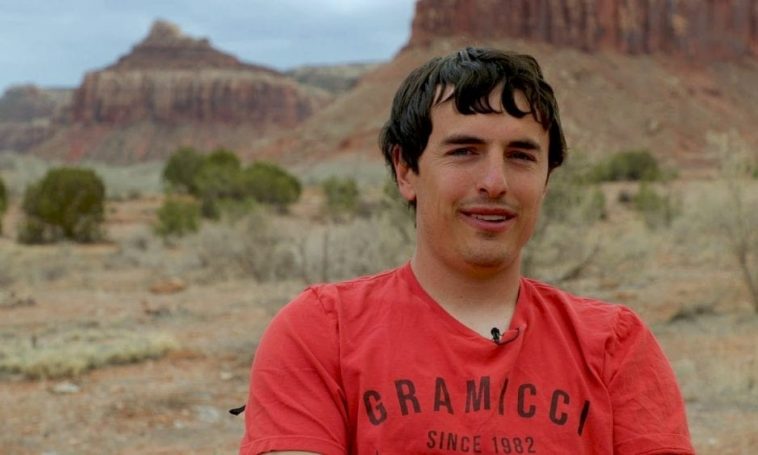 Brad Gobright, one of the most accomplished free solo climbers in the world, died today, Wednesday, November 27, in an accident in El Potrero Chico, Mexico. He was 31, and raised in Orange County, CA.

Rock and Ice’s original reporting was based on details of the accident from Joel Heriberto Guadarrama Garcia, a Mexican climber and route developer who splits his time between El Potrero Chico and El Salto. Garcia received information from one of the only witnesses to the accident, a Costa Rican climber named Gino Negrini.

Since then Rock and Ice has received more firsthand knowledge of the accident from Aidan Jacobson, Gobright’s partner on the climb. Jacobson relayed the info through his good friend and coworker Ryan Borys, who has been in close contact with Jacobson since last night. Both Jacobson and Borys work at AZ on the Rocks, a climbing gym in Phoenix, Arizona.

At 3:40 pm, Gobright and Jacobson, 26, were simul-rappelling the seventh pitch on El Sendero Luminoso, a 15-pitch 5.12+ multi pitch on the front side of the El Toro formation. They were using an 80 meter rope and didn’t tie knots in the ends.

Borys forwarded the following message he received from Aidan Jacobson to Rock and Ice: “Brad set up the rope for a short rappel and didn’t use the middle point. I tried to pull more rope on Brads side but he said he was fine. We started simul rapping and Brad rapped off his rope.”

Jacobson told Borys that he fell 30 feet, hit a large ledge at the top of pitch five (where climbers who ascend the route in multiple days usually bivy) and managed to stop himself before rolling over. Even still, he came to a stop partially over the edge. Jacobson was still connected to the rope with his belay device and a prusik.

Gino Negrini, who was three pitches above (approximately 100 meters), heard screams and saw Gobright fall. [An earlier version of this article stated that he saw both men fall, but Negrini has clarified that he only saw Gobright fall, and saw Jacobson standing on the bivy ledge.] Evidently Gobright hit the ledge and continued past it, coming to a stop considerably farther down towards the bottom of the route, on a ledge in an amphitheater known as the Skull Amphitheater. The team’s rope pooled on the fifth pitch bivy ledge near Jacobson.

Negrini believed he saw Jacobson rappel off his end of the rope before Gobright—as a prior version of this article reported—but Jacobson’s account, as well as the rope having pooled on the ledge, dispute this.

Negrini and his partner rappelled down to the fifth pitch ledge and helped Jacobson reach the ground. Jacobson suffered no broken bones or any other serious injuries.

More details are sure to come in the following days and weeks following the recovery of Gobright’s body by search and rescue and a further analysis of the equipment.

Brad Gobright arrived in El Potrero Chico just several days before his death on El Sendero Luminoso. Joel Heriberto Guaddarrama Garcia, the climber who provided the details of the accident to Rock and Ice, picked Gobright and a cohort of American climbers up at the airport in Monterrey and shuttled them to Potrero.

“I arrived with Brad in Potrero at 3:40 in the afternoon,” Garcia says, “and Brad just dropped his bag, and fifteen minutes later went and free soloed Yankee Clipper“—a 15-pitch 5.12a on the Jungle Wall.

That was what Gobright did—he soloed, and he soloed big. While his most well-known solo was likely Hairstyles and Attitudes, a notoriously difficulty 5.12b/c on the Bastille, Eldorado Canyon, Colorado, Gobright frequently went out and soloed large walls and numbers of pitches. He had soloed the Rostrum in Yosemite many times, long routes in the Sierra, and traded a friendly speed-record on the 2,000-foot Epinephrine, Red Rocks, Las Vegas, with Alex Honnold.

But the speed record he was better known for was on the Nose. On October 12, 2017, Gobright, along with partner Jim Reynolds, broke the coveted speed record on the Nose, El Capitan Yosemite, blazing up the 3,000-foot route in 2 hours 19 minutes 44 seconds. That record was broken in 2018 by Alex Honnold and Tommy Caldwell. Another speed linkup of note: In 2016, along with Scott Bennett, Gobright climbed three El Cap Routes in 23 hours 10 minutes: Zodiac, the Nose and Lurking Fear.

Beyond speed and soloing, Gobright was also a phenomenally talented free climber while tied into a rope. In Yosemite, he had freed El Cap by numerous routes. In spring 2018, he made a thirteen-hour free ascent of the Salathé Wall.  In June 2015, Gobright joined forces with Mason Earle to establish Heart Route (VI 5.13b V10) (Earle freed everything, Gobright everything save the V10 dyno). In October 2018, Gobright freed El Corazon in 19 hours, telling Rock and Ice afterward, “Super varied climbing with quite a number of scary sections … Significantly harder than Salathé in a day in my opinion.”

Spring 2019 was maybe Gobright’s biggest El Cap season yet. On May 8 he made a free ascent of the Muir Wall (VI 5.13c) via The Shaft in 17.5 hours. He noted afterward on Instagram, “I’ve never fought so hard for anything in my life and I can say it’s maybe my proudest send yet. I ended up doing the final 13c pitch on top rope. By that point the headlamps and come out and I was drained to deal with the fear of whipping on small RPs.”

Then in June, Gobright and Alex Honnold made the second completely free ascent of El Niño (VI 5.13c) via the three-pitch Pineapple Express variation established by Honnold and Sonnie Trotter in 2018.

Gobright was at the cutting edge with single-pitch trad, too, having climbed test pieces like Carbondale Short Bus (5.14- R), Indian Creek, Utah.

The outpouring of grief from the climbing community and beyond has been immense and swift. Close friend and climbing partner Alex Honnold wrote on Instagram: “I’m so sorry to hear that @bradgobright just died in a climbing accident. He was such a warm, kind soul – one of a handful of partners that I always loved spending a day with. I suppose there’s something to be said about being safe out there and the inherent risks in climbing but I don’t really care about that right now. I’m just sad for Brad and his family. And for all of us who were so positively affected by his life. So crushing. Brad was a real gem of a man. For all his strengths and weaknesses (like his insanely strong fingers, or living out of a Honda Civic…) at the core he was just a good guy. I guess there’s nothing really to say. I’m sad. The climbing world lost a true light. Rest in peace…” 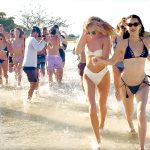 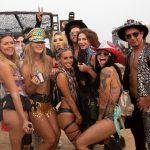